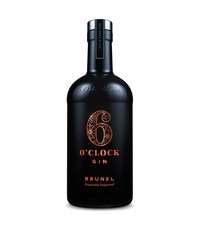 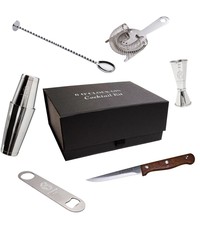 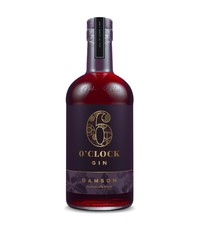 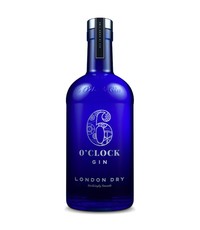 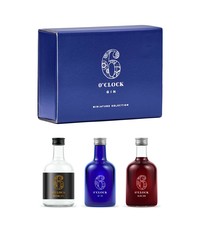 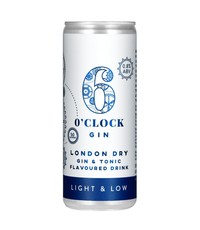 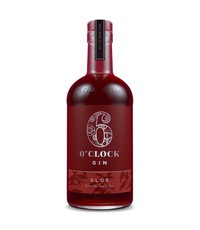 6 O’clock Gin is a range of strikingly-smooth artisan gins, handcrafted in small batches, using traditional skills and only the best natural ingredients.

It is a craft gin brand owned and operated by the family-run, artisan spirit company, Bramley & Gage, based in Thornbury on the outskirts of Bristol in the UK. 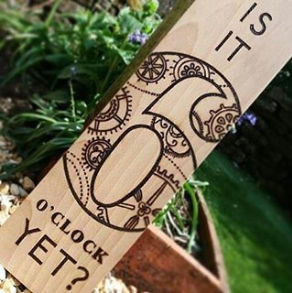 The 6 O’clock name was inspired by the long-held family tradition of indulging in the first G&T of the evening at 6 o’clock; a very British custom with colonial roots, still enjoyed at the distillery and shared by gin-lovers all over the world.  (With us here at Gin Fling too!)

The 6 O’clock story starts nearly 30 years ago, when Edward and Penny Kain owned the Dittisham Fruit Farm in South Devon. Looking to diversify and put their surplus fruit to good use, they started making and bottling delicious liqueurs and selling them in local retail outlets, with some considerable success.

A few years later they sold the fruit farm, but retained the liqueur-making business and named it Bramley & Gage. Sales continued to grow steadily as wider distribution was achieved throughout the country.  Edward had always enjoyed home-brewing, and it was during this time that the first incarnation of the family gin recipe was created as a base for his excellent sloe gin. The family’s first still was called Florence; these days she is still used by Edward for developing and experimenting with new flavour profiles.

The making of 6 O’clock Gin

In 2007, Michael and Felicity took over their parents’ now prosperous distillery and moved the business to Bristol. Bramley & Gage became a limited company. 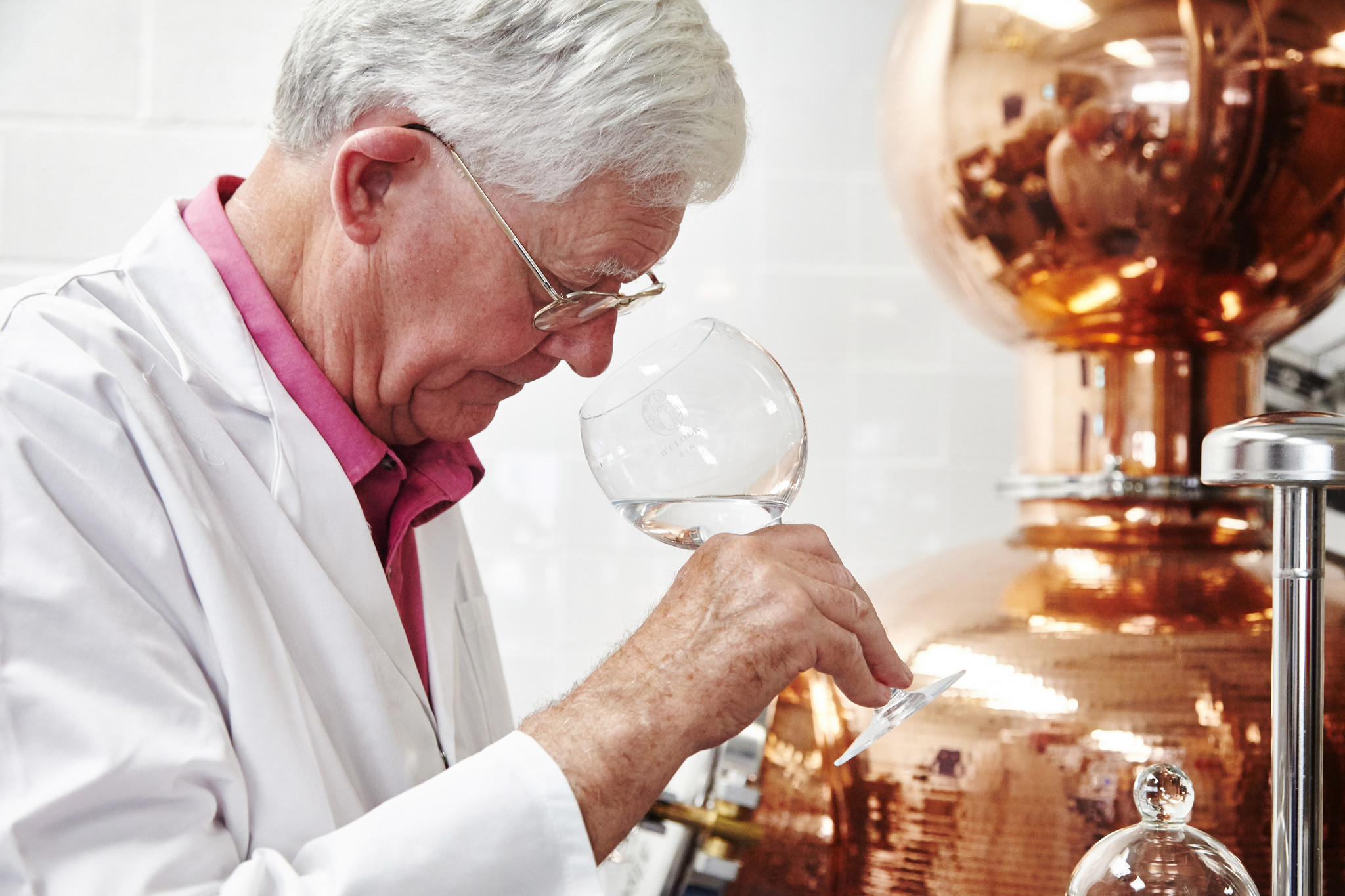 Edward remained involved in the business as Head Distiller, bringing his experience, skill and precision to the challenge of creating a new artisan gin for the premium spirits market.  Together they set about perfecting the family gin recipe. The wonderful flavour of 6 O’clock Gin emerged through experimentation: carefully selected botanicals, led by juniper, precisely balanced for a refreshingly clean taste.

Three years later, 6 O’clock Gin was launched to the market. Even in 2010, Bramley & Gage were ahead of the curve – there were only a few UK craft gin distilleries.

Sales took off, with immediate distribution gained through the channels already established with the handcrafted liqueur range. 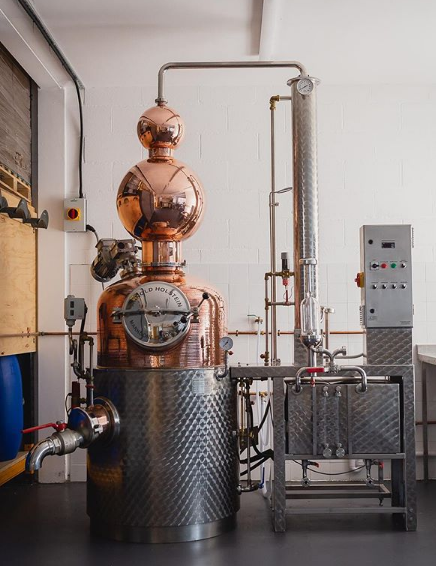 Then came Kathleen, a new, larger, copper-pot still specially designed and commissioned for the production of 6 O’clock Gin.  Kathleen’s distinguishing feature is her double-sphere head that increases the contact between the evaporating alcohol and the copper; this combined with increased amounts of reflux, ensures the striking smoothness for which 6 O’clock Gin is known.

The intention has always been to build a well-thought out core range of classic gins that will stand the test of time. Currently the core range consists of the flagship, strikingly-smooth London Dry Gin in its iconic Bristol-blue glass bottle, which serves as the spirit base for the rest of the range. There are two fruit gins, Damson and Sloe that are notable for having at least twice the soak-time of other similar gins on the market; and an excellent export strength (50% ABV) spiced London Dry gin, the Brunel Edition. 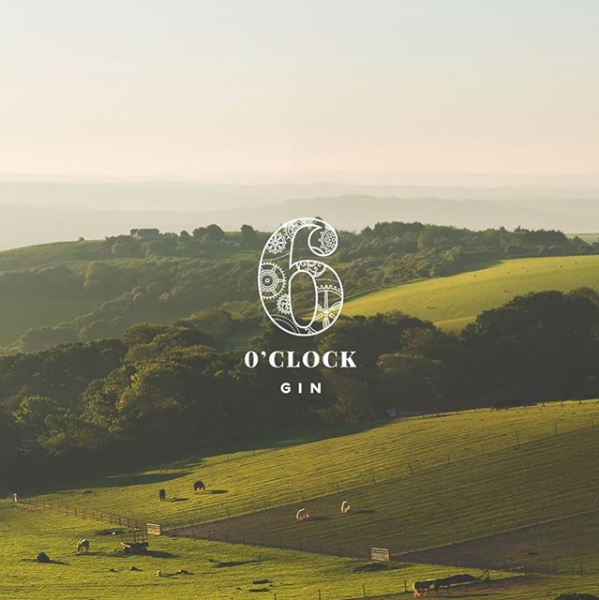 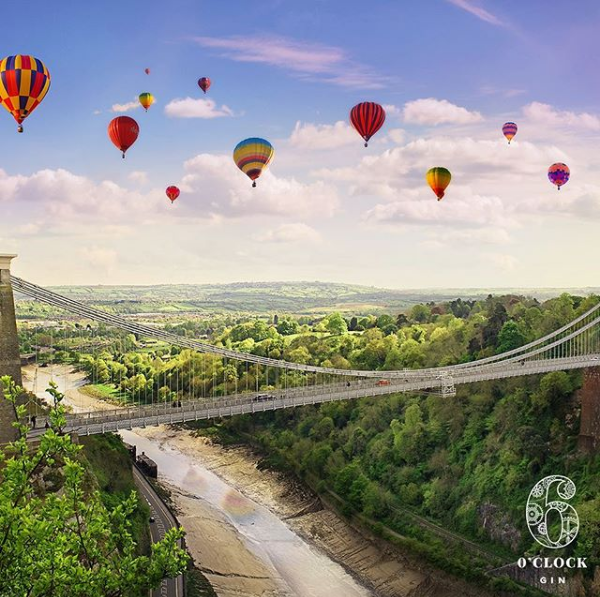 Proudly British, 6 O’clock Gin is very clear about its values. Although the traditional skills in its making have been taken from the farm and perfected in a more modern industrial environment, our approach to the craft of distilling remains the same. It is both calculated and precise, using our knowledge and expertise to ensure consistent quality and our signature smoothness. We firmly believe in and value the ethos of craft gin and will continue to handcraft 6 O’clock Gin in small batches using our traditional skills, albeit with a modern twist, and only the best natural ingredients.

The packaging was relaunched in 2014 with a new logo and new website – sales doubled almost overnight. 2019 will see a few more changes designed to increase the brand presence and the introduction of a new limited edition.

Distribution continues to expand both nationally and internationally with export markets in Europe, USA, Canada and Southeast Asia. 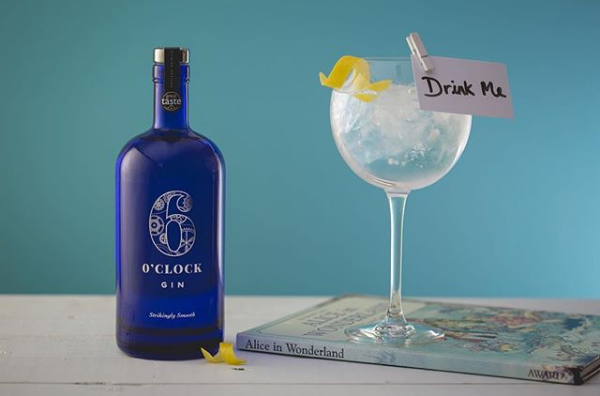 After all, it’s always 6 o’clock somewhere!

Information courtesy, and copyright of: https://www.6oclockgin.com/