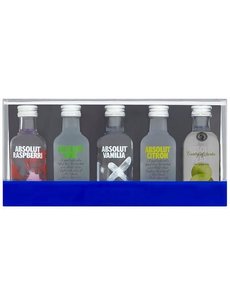 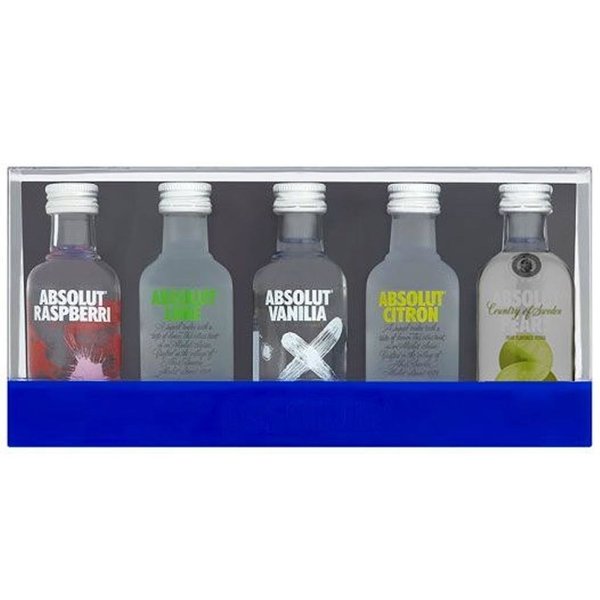 A perfect gift, or sampling pack for any Vodka fan.

This 5x5cl sampler packs contains a variety of the loved and versatile flavours from the Absolut Vodka range:

Includes cocktail leaflet for some inspiration. Perfect to try with a range of cocktails or mixers.

Absolut Vodka has completely redefined the premium vodka landscape, becoming synonymous with art, culture and nightlife. By starting a revolution in cocktail creation and launching a range of flavours never before seen on the market, Absolut has become an icon in its own right.

It has been produced at the famous old distilleries near Ahus in accordance with more than 400 years of Swedish tradition. In 1879, Lars Olsson Smith, its founder, introduced the continuous distillation with which he made Absolut. Instead of the usual three or four times, the vodka was distilled an infinite number of times.

Absolut not only source all the ingredients locally, they have also made their distillery one of the most energy-efficient in the world. This gives Absolut a CO2 neutral distillation process.